"Once or Twice Upon a Time" is a home for stories longer than is usual for blogposts. Some have been previously published in hardback. These are indicated (p) along with the year of publication. Word counts (2500 etc) let you estimate how long a read will take.

“Havoc has slain the Marmalade Cat!”
My first  meeting with Zoe’s family has got off to a poor start.  The bringer of bad tidings is Sarah,  Zoe’s niece.  She is nine. Havoc is Zoe’s dog. The Marmalade Cat is – was  -  Sarah’s pet. It is the first time Zoe’s family has met Havoc.  Zoe is my not-quite partner.  We are not quite an item.
“The Marmalade Cat is all over the back path,” Sarah wails. No one comforts her,  not her mother,  not Zoe, who does not even look at her.
We are gathered in the kitchen of the converted farmhouse where Zoe’s sister, brother-in-law and Sarah, their daughter,  live.  Zoe’s mother and father are also here to meet me. We had driven up – Zoe and I - in my van from Leeds and had disembarked, only minutes before, with Havoc, when furious barking outside silenced the introductions, and Sarah rushed in, distraught.
“Who left a door open?” Zoe asks, shrill and clearly angry. “Surely you know better than to leave doors open when the Hound is around.”  Still she does not apologise. No one asks Zoe why they should know better.
Sarah glares at Zoe. “Havoc’s a horrible dog,” she says, still wailing, “and you’re a horrible auntie.”
Zoe’s reply is astonishing. “I’m your aunt, Sarah. Auntie is a silly baby word.”
The family look anywhere but at Zoe or Sarah who turns, rushes from the kitchen.  Moments later a door slams somewhere upstairs.
Havoc, down from his adrenaline high, trots into the kitchen and sprawls. His tail thumps the tiled floor. His black-lipped grin drips blood and shreds of Marmalade’s intestines.
I notice that no one remonstrates with Zoe: father, mother, sister, brother-in-law, and I wonder why. They react as if dogs slaying the family pet was just one of those things. Perhaps they are reluctant to make a scene in front of me.  I am after all the reason for this visit. I am Zoe’s  friend.  Would her family prefer her ‘young man’ or even her ‘intended’?  Zoe would love to introduce me as her fiancé.  Her agenda this visit is to plant my feet under her family’s table.
She makes one concession to the dog’s misdemeanor.  Immediately after lunch she makes excuses and we leave.  Sarah has not reappeared. The Marmalade cat is not mentioned on the journey back.
* * * *
Sixteen years later Zoe and I still send greetings at birthdays and Christmas. Is it really that long?  That’s quite a few cards when you reckon it.  Always Funnies, sometimes via Moonpig.  No flowers or balloons printed “Hi!” and certainly no dogs.  She’s heading for her Big Four Zero now, and I’m, well - older.  We advise changes of address, likewise phone numbers, landline and mobiles, though we never talk.  We don’t swap family news. We don’t talk about job prospects, career progress, that sort of thing.  We put - Regards; How’s things with you; If you’re ever in this neck of the woods; You use email? and so on, but these scrawls always side-step the uncomfortable events in our past and we never follow them up, although I sometimes think I one day will. Or she might.  Havoc demolishing the Marmalade Cat turned out to be a straw in the wind and when the storm broke we left things unfinished; actions, mine as well as hers, unexplained and unjustified.
It’s strange, sure, but it is a relationship of sorts, even though neither knows such basic things as whether the other married, had kids.  Well, I don’t.  Maybe the grapevine has told Zoe about  the women – no names, no pack-drill – who waltzed into my life and mostly waltzed out again.  Zoe had made me wary.  She  had a sharp tongue as well as a short fuse but she never told me I was a dead loss.   Rather the opposite in fact, sixteen years ago.

* * * *
As it turned out, nothing happened.  No blue and yellow cars screeched to a stop outside. All week no calls came asking me would I mind loping down to the station to bark answers to a few questions.  So the week went by and the weather stayed fine and I did take some due holiday and Zoe relaxed, but Havoc’s attack still weighed on her, I could tell because her ‘Marry Me, Why Don’t You?’ campaign seemed to be on hold.
On the Thursday evening, the day before we’d planned to go back to Leeds, I said “You won’t mind, Zoe, I’m sure.  Thursday.  My night for Polly.”
We were slumming with pizzas and Coke in front of the TV. She stiffened. She rose. She stood over me.  She harangued me using the same shrill tones that told the postman to get off her patio, that told her family the Marmalade cat should have been shut in, that argued about Shakespeare, that told me not to be clever, it didn’t suit me.  Of course she hadn’t really meant I could keep my girlfriends, of course not.  And what sort of a tatty little tart was this Polly anyway?  “Some shop girl or bank cashier, I suppose?” she shrieked.  “Hardly a good swap for an English teacher in a fee-paying Girls School.”
“You mean I can keep my girl friends as long as there are no English teachers watching?”
Her fists clenched but any reply was cut short by Havoc. He sensed her anger, looked interested, growled, a low rumble in his throat.  I held up both hands in surrender. “Okay, okay!  Polly will have to make do with her other fellow for once.”  If Zoe noticed this jab she didn’t show it.
“Let me just call her.”  I scrolled my mobile screen and called my desk number at work.  It rang out, of course, then went to voicemail.  “Oh, hi, Pol,” I said. “Look, love, can’t make it this week.  Held up in the deep south.  Call you again when I’m back.  Take care. Kiss kiss.”  I thumbed my phone off. All’s fair in love and in the war that love can turn into.
“Happy now?” I asked Zoe.
“Don’t imagine you get to sleep with me just because it’s our last night here.”  She stalked out. Havoc stirred himself, got to his feet and padded after her.

* * * *
We didn’t say much on the way back, or when we got to her flat, late Friday afternoon. No ominous notes through the door – just letters delivered during the week. She picked them up, put them on a small side table where she kept her landline phone along with the ones the postman had brought the previous week. It seemed the Havoc incident had blown over but while she made tea I read the envelopes looking for summonses, eviction notices, whatever.  Two of the envelopes – brown manilla - were from the Department of Work and Pensions in Belfast, and another from the Council’s Housing Benefits office. I left them on the table. I sat down as she came from the kitchen with tea in mugs.  Mugs! Mugged!  I was being mugged by a Lady with Oomph who couldn’t remember her own lies.  OK, time for a little test.
“Lovely,” I said. “Builders tea.  Then I’ll be going.”
“So soon?  I had plans for us for the evening.”
“But you’ll be wanting to get ready for school starting.”
“I beg your pardon?”
“School. Starts Monday, no? Back to the grind. Chocolate digestives in the staff room. Piles of marking.  Refereeing hockey matches. Standing in for colleagues on sick leave.”
“What? Oh!  Yes. That’s right. Monday.” For once she couldn’t look me in the eye while she made her life up on the hoof.
“Well, enjoy Day One, Zo. And don’t get Henry and Julius mixed up. Children’s futures could be at stake.”
So I finished up my tea, took my leave with the briefest hug and an assurance that I’d see her next weekend, knowing that those seven days would last for ever,  and wondering if she knew it too.
* * * *
All very well, but sixteen years later these events still bother me.  There were many things I could have done at the time, I suppose. Checked with her local Education Authority; or the Department of Welfare and Pensions; the Housing Benefits people; even the Social Work.  Or I could have contacted her sister, pretending I wanted to apologise for Havoc’s behaviour.  But why?  Her family surely knew she needed help. Maybe they said nothing at the time because they feared her incendiary temper? Maybe they’d hoped that somehow help would come from me, and when it didn’t told themselves that I, or love, or something,  had failed her, and them.
It was a month, maybe more, before I stopped hoping the text alerts on my mobile would be from Zoe asking “Where the hell are you? What have I done . . ?” etc, etc. The texts never pinged in, and then at Christmas the cards started.
There it is then.  Year by year the laconic cards are posted and are delivered.  The cord stretches but never snaps and I wonder if the silences in between are a sort of punishment, and if so, who is punishing whom and for what exactly.

Doctor FTSE
See "interests" That's all you need to know, folks . . . oh! I'm not addicted to drink, ciggies, soft drugs,hard drugs,cars, football,Facebook,Twitter,YouTube, eMailing,TV Soaps, TV, video-games, mobile (cell) phones or any of the many other ways open to us for pouring our one and only life down the social networking toilet. And I hope one day to be the last person left alive who starts sentences in blogs, eMails etc WITH A CAPITAL LETTER. And further . . . I hope to live to be 350 million years old. Not because I don't want to die. I want to be eye-witness to tectonic plate movements and the slow drifting away of the moon from our little blue lovely Earth.

My Ventures into Longer Fiction 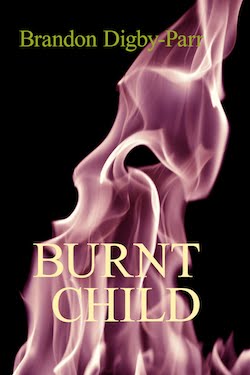 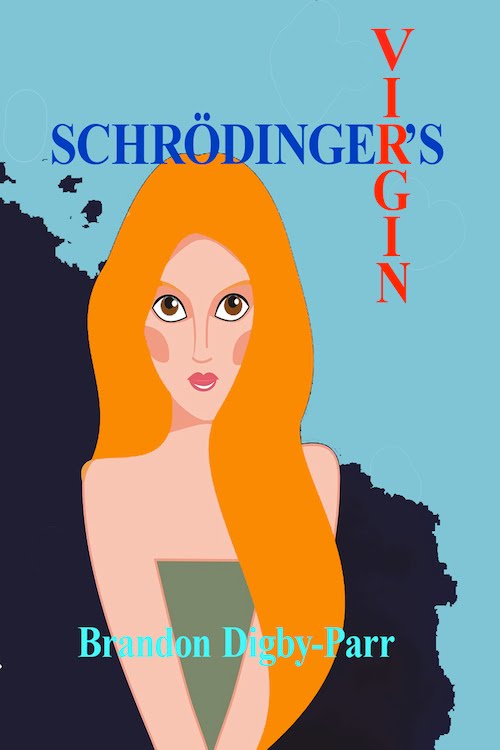 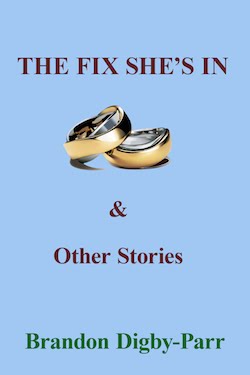 Features some stories from this blog 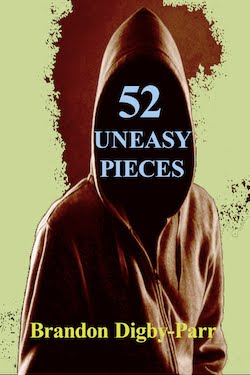 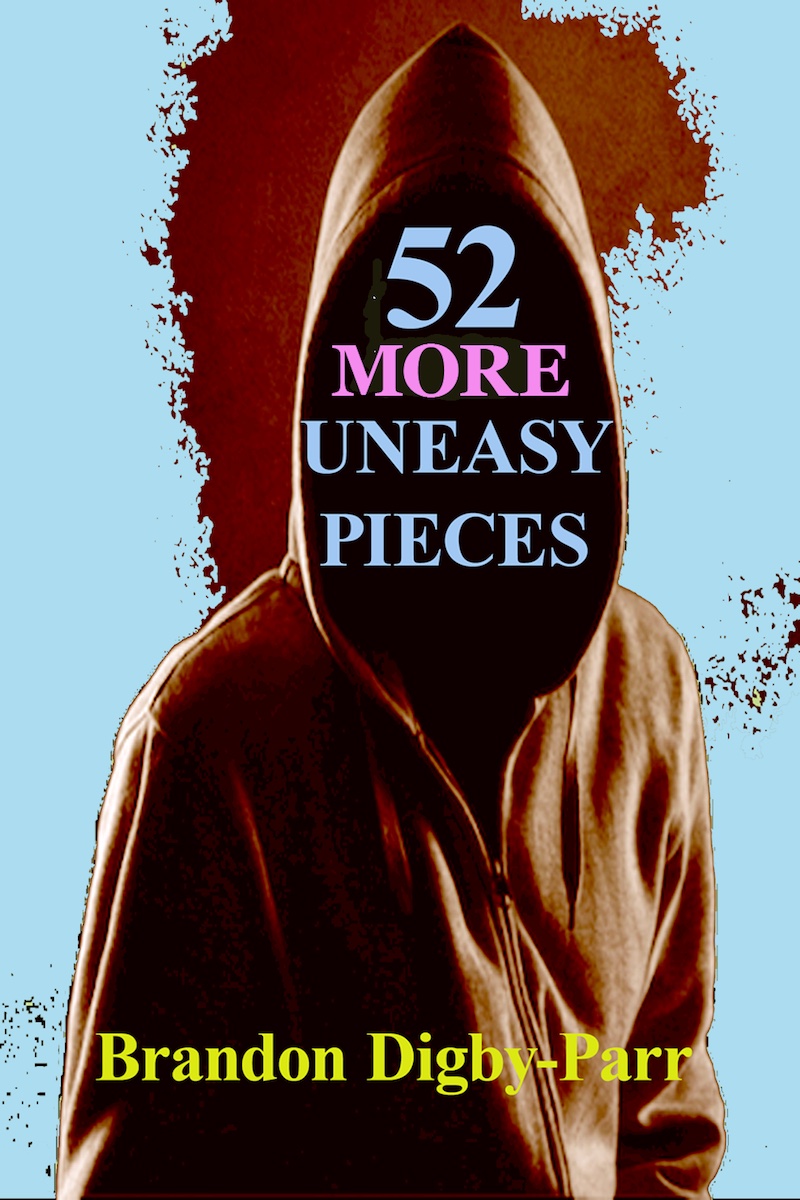 From My Goose Quill

some of these stories are
almost as old . . .

You Could Also Look At

STOP! . . This is Getting Very Silly